After another winter, as spring approached and the proverbial sap rose, Betty acceded to the overtures of a dark and handsome lad. 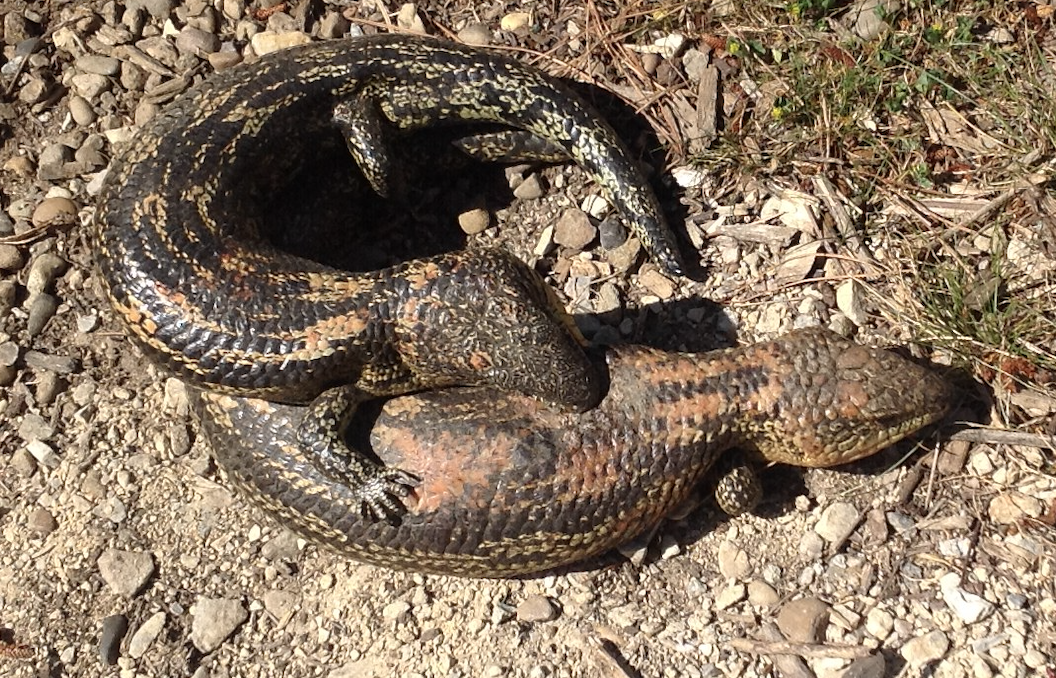 A lyrebird in the greenhouse is pretty exciting but in truth I wished it was Betty, our resident eastern blue-tongue lizard (Tiliqua scincoides) and strawberry thief extraordinaire, whom we feared had not survived the searing hot summer. We’d known Betty for about five years but it had taken us most of this time to figure out (a) why we’d hardly had a single strawberry, despite the entire 20 square metre patch being fully enclosed in mesh; (b) why the slug and snail populations had crashed and (c) how this connected to the ever-fattening blue tongue in the greenhouse (in our naivety, we assumed she was permanently pregnant).

Betty had evidently spent many a winter’s night playing Escape From Colditz because the clever girl had excavated a passageway from the greenhouse to the strawberry fields. (We moved the strawberry plants elsewhere.) After another winter, as spring approached and the proverbial sap rose, Betty acceded to the overtures of a dark and handsome lad. I wish I’d been forewarned what a robust and vicious affair this is. Her suitor grabbed her by the scruff of the neck and shook her like a rag doll. She bears deep scarring from previous matings and I had to summon all my willpower not to intervene. What a brute!

Autumn arrived and baby blue-tongues popped up all over the garden. Who knows how many she delivered – perhaps as many as 20 – but the kookaburras and some cold snaps have taken a few, I suspect. Sharing a one-acre, suburban-bushland block in the Blue Mountains, these blue-tongues are infinitely more likely to live to their full life span of perhaps 30 years than their Sydney cousins, who are being killed off fast by cars, cats, dogs and clearing.* As we snuggle down into winter, Betty’s back in the greenhouse, cosy under the earth and mulch, with one rapidly growing boy we’ve called Prince to keep her company. 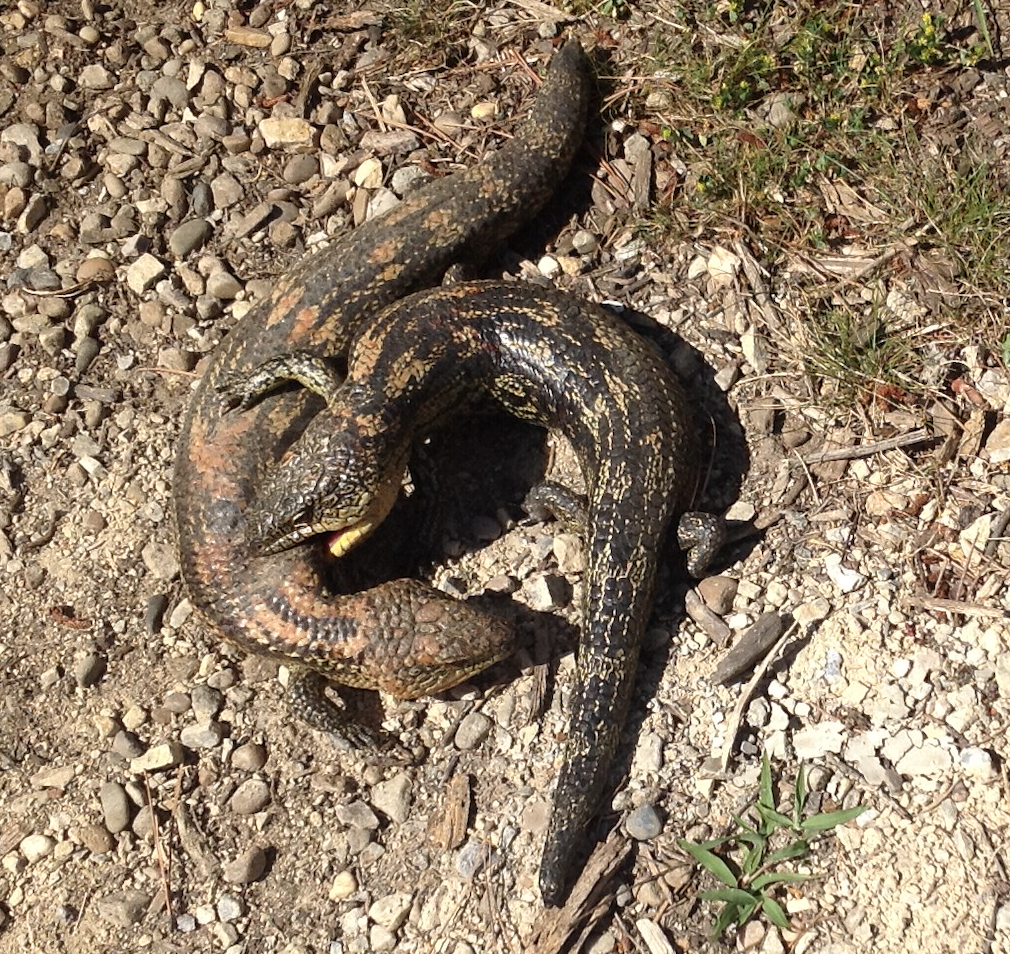 Author Bio: Elizabeth Morgan is a freelance journalist, PhD researcher on food security, a zoologist and an alleged retiree. She has lived in the UNESCO World Heritage-Listed Blue Mountains in NSW since 2013.