At first, they seemed to be frolicking in the rain but as this increased towards the end of the afternoon, they got very restless. They became very agitated and initially seemed to be looking for shelter from the storm on our balcony. 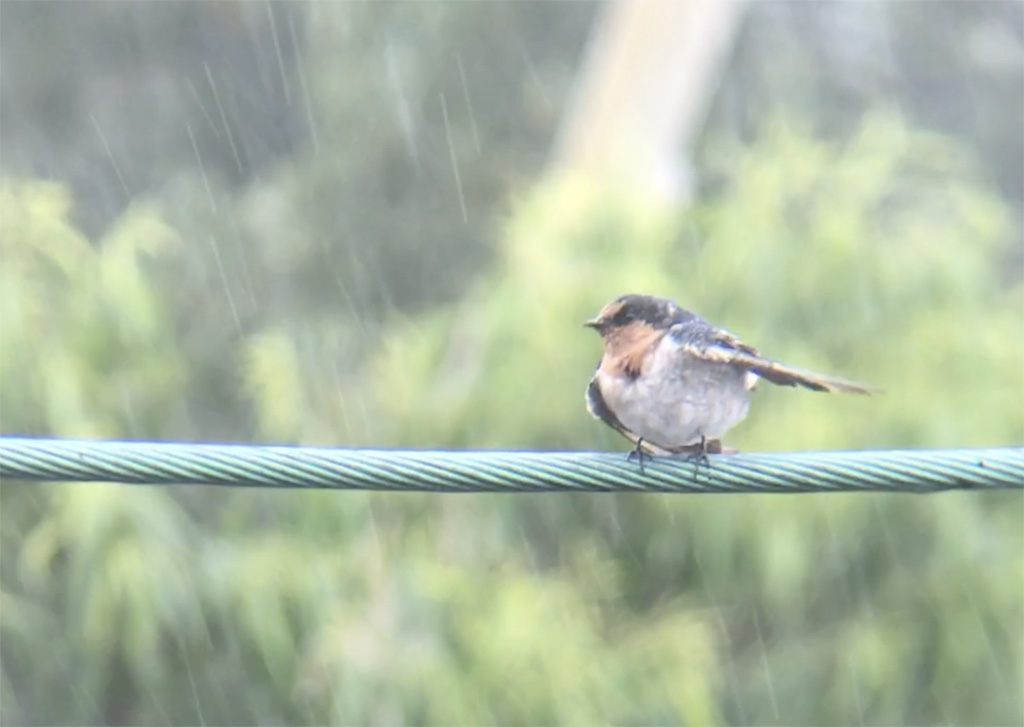 Chris and I have lived in Rozelle ever since we moved to Sydney. Outside our window, we have a giant eucalyptus tree and also a bunch of power lines. We get dozens of species of birds, from Sulphur-crested Cockatoos to Grey Butcherbirds and Australasian Figbirds. But this year, right before COVID struck and after the bushfires, we had a surprise flock that had never visited before. They live in a wide variety of habitats (with the exception of the more heavily forested regions and drier inland areas) so we knew their appearance wasn’t rare, but our power lines are always dominated by bigger birds or the local troop of native Noisy Miners.

When the first rain came after the fires had stopped (the afternoon before the floods began), we were looking outside the window, relieved. A few minutes later, as we looked outside again, we saw nearly 40 Welcome Swallows, lined up on the power lines soaking in the rain. Their age-old role as heralds of spring earned them their name (although some say it’s because sailors out at sea knew that the sight of a swallow meant that land was not far away), so it was interesting to see them welcoming much needed rain.

At first, they seemed to be frolicking in the rain but as this increased towards the end of the afternoon, they got very restless. They became very agitated and initially seemed to be looking for shelter from the storm on our balcony. The storm escalated quickly and they were being dramatically picked up by the strong winds before they all seemed to perfectly coordinate their landing on our window sill. They stayed there for just under an hour while we rung up a bird expert friend to ask if there was anything we could do to help them, to see if we could quickly set up some kind of shelter on our balcony to help them out.

Night set in and it became hard to see outside, the swallows appeared to have drifted off but the next morning there was clear evidence of their time on our window sill, which remains with us until this day!

Camila De Gregorio is co-founder of Eggpicnic, Sydney based design studio devoted to wildlife conservation. Eggpicnic aims to capture the beauty of the natural world with the hope of inspiring others to protect it.