Use this Urban Field Naturalist Guide to Crow Appreciation to take you on a journey to discover your own stories as you observe and interact with crows and ravens in your neighbourhood. 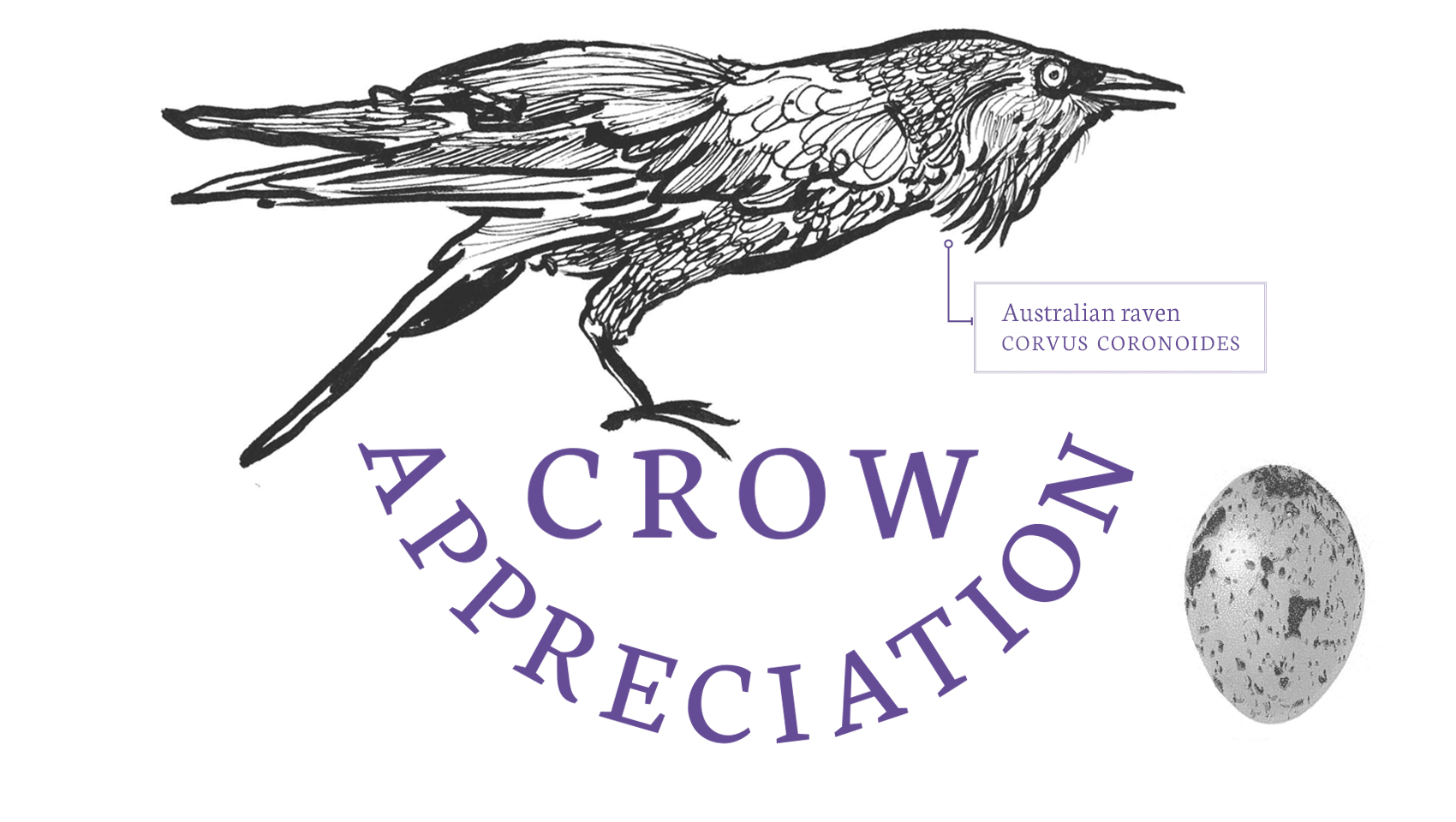 Crows and ravens are medium to large, predominantly black, birds. They’re widely distributed around the world, being found on every continent except South America and Antarctica, as well as on numerous islands. All of these birds are closely related to one another, belonging to the genus Corvus. They’re all also highly intelligent and social birds. In recent decades crows and ravens have been shown to be capable of a broad range of behaviours once thought limited to primates and a select group of other mammals, from cooperation and planning for the future, to consoling injured friends. In Australia there are six species or crows and ravens, five that are found only here and a sixth that visits from time to time. In urban environments, you might see crows foraging for foods of all sorts, from insects to meat pies; building nests; being mobbed by groups of smaller birds worried about their presence, and more. Their crafty intelligence and their wariness make them very interesting, but somewhat challenging, for the urban field naturalist to observe.

Download either a printable or screen viewable guide. To print the foldable guide in A4, set your printer up to print landscape, double sided, short edge binding and then fold it into a booklet! 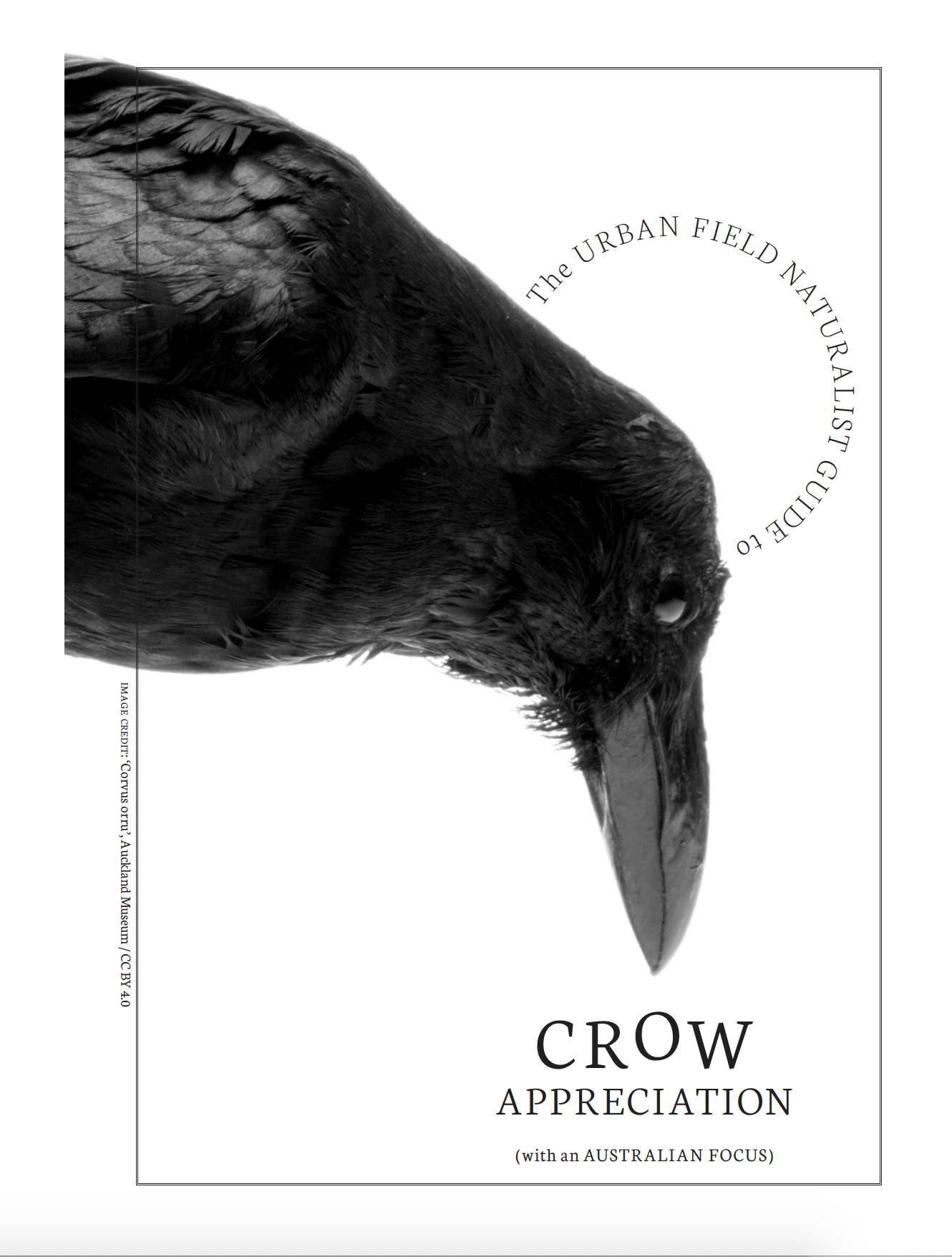