Suraj and Surya first visited me on the morning of 23 March 2020, the first day of the first nationwide lockdown, here in Delhi... I soon found myself captivated. 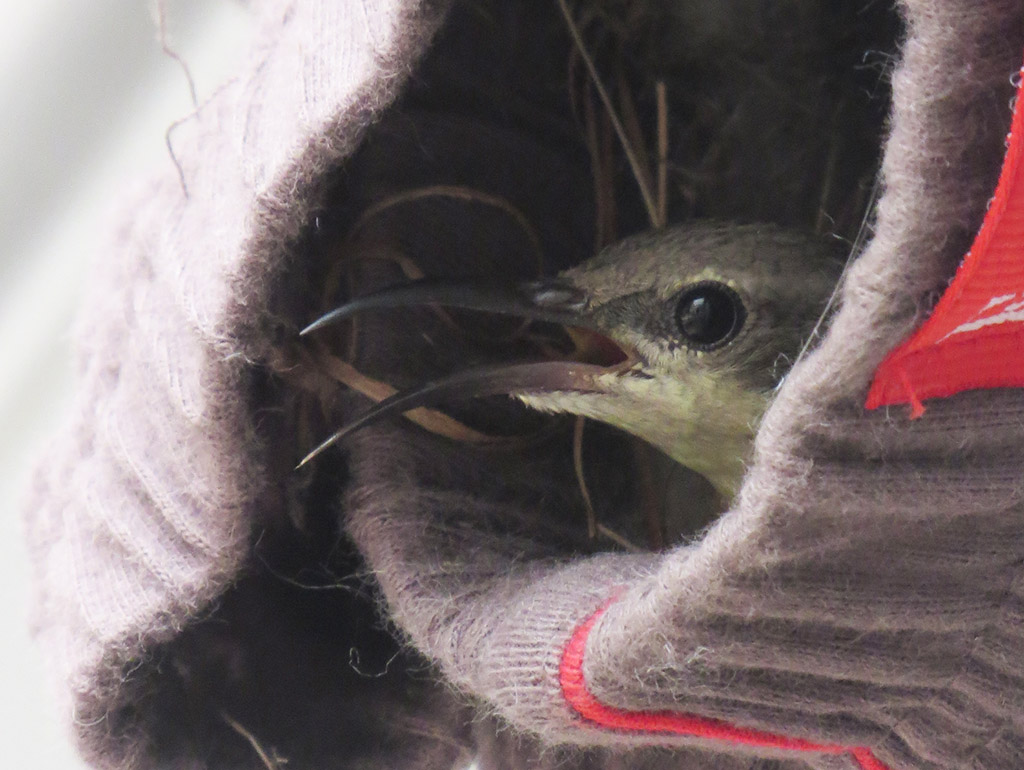 I never would have imagined that the idea of ready-to-move-in houses would be prevalent among Passerines like sunbirds who are known to construct intricately woven hanging nests.

Enter Suraj and Surya, a pair of Purple Sunbirds (Cinnyrus asiaticus) who decided to make a nest in the most bizarre place of all: a hanging pair of underwear. I decided to name them Suraj and Surya as both words mean ‘Sun’ in Hindi.

They visited me on the morning of 23 March 2020, the first day of the first nationwide lockdown, here in Delhi. The pair perched themselves on the washing line in the backyard and started chittering: rapid, loud, rattles. I sat watching them for quite a while. They chased each other around, play-fought, and sat perched on the same line, looking in opposite directions and hurling abuses at each other (or at least that was what it sounded like, a marital spat). I soon found myself captivated.

Their visits became a daily affair. They would announce their arrival with their loud rattles, sounds that probably carried over to about three blocks of the neighbourhood. The effortlessly glamourous Suraj would spread out his wings to show off his metallic blue plumes that glistened in the sun. Even though I knew they were courting, they were already husband and wife in my head. Their daily game of limbo under the washing line and hide n’ seek among the clothes that were hung out to dry, were an absolute treat to watch.

Over the next four months, I continued to watch this delightful couple. They were quite habituated to our presence and would spend hours flitting around, inspecting every nook and cranny of the small enclosure at the back of my house that I’m taking the liberty to call a ‘backyard’. My online school lectures became background noise to me while I spent hours watching them and tried to click them using a simple point n’ shoot camera. (You can hear my classes going on in the background in the videos that I’ve shot.)

The morning of 25 June brought a surprise. I spotted Surya and watched her fly into a freshly washed pair of underwear that was hung out to dry. This wasn’t unusual, they liked playing inside them. She was gone almost as soon as she arrived, but return she did, this time, with a twig in her beak. 21 visits by her in the same afternoon only meant one thing, she was making a nest.

Day in and day out, there she was, doing up the interiors of a pair of men’s underwear. I was sceptical of the survival of the soon-to-be laid eggs; the underwear was just out there hanging on a rod, with no pegs, and open on both ends; the eggs would definitely roll out and fall to the ground. I quickly ran out and secured the underwear with pegs and closed off one end.

The more I looked at this nest in progress, the more the idea didn’t seem so bizarre after all. The underwear, an olive-brown colour, perfectly resembled a typical sunbird nest. I marvelled at Surya’s ingenuity. Being able to watch her up close as she deftly wove gossamer-thin threads into a beautiful arch inside the nest, was like watching an inspired million-dollar artist at work.

Of course, Suraj was totally absent throughout the process; the nest building responsibilities solely lay with Surya. He did visit though, but only twice—like a lazy supervisor on a construction project—once on the very first day she started her work and then again on the very last day, when the nest was completed.

Surya would routinely fly in everyday and sit inside for hours and occasionally, spend the night. I couldn’t wait to see the eggs but didn’t go and peek inside for fear of invading their privacy. From my more distant vantage point, I couldn’t see anything. This provided another moment to appreciate the genius behind choosing this location for a nest. A protected area from cats and larger predatory birds, and the groove in the underwear concealed the eggs perfectly.

On the morning of 1 July, I finally saw Suraj after a whole month. He announced his arrival like an engine in full throttle. He then flew inside the nest and came out of it in a heartbeat. He had never done that before, gone inside. Knowing that feeding was primarily the father’s responsibility, I knew the time had come; the babies were finally here. (On closer look, you can see that his head has become a bit patchy. It is a common phenomenon for male sunbirds to gradually lose almost all their metallic sheen outside of the mating season.)

A quick peek inside the nest and voilà, I saw these two tiny pink things, just the size of my pinkie toe, with yellow beaks, sitting on top of each other. Just this tiny peek at them was enough to make my day. I decided to name them Ravi and Kiran meaning ‘ray of sunshine’ in Hindi.

Watching these chicks grow up and their parents feeding them, up close, has truly felt like an honour and has been a delightful experience. Sunbirds have been known to use the same nests for multiple broods so I dearly hope that they are here to stay.

This is the first in a series of, semi-regular, longform stories.

Author bio: Alankrita is a 17 year old senior in high school. Growing up in the bustling city of Delhi, she has been a wildlife enthusiast since birth. She grew up doing her fair share of reading and watching wildlife documentaries and aspires to make a career in conservation science. 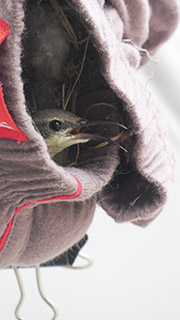 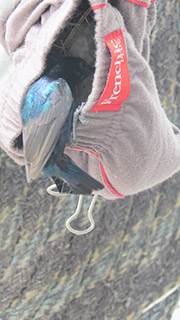