I had placed my feeder at the front of the house so it was convenient to see the visitors. Today was particularly noteworthy, as on the tree there was a small baby blue jay sitting on one of the branches. 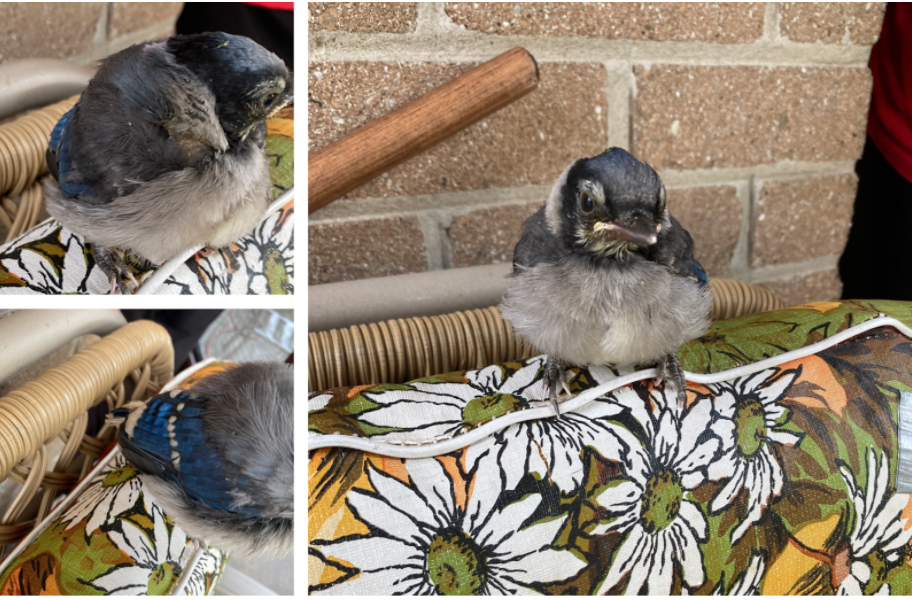 Living in the suburbs of Toronto I have seen many birds but never got the chance to get close. I had always been fascinated with birds and their different food preferences, beautiful feathers and habitats. In the field course I'm enrolled in this summer we studied Urban Biodiversity & Watershed Management. Each week we would cover a topic pertaining to the course, this week we had covered bird observations, received seeds and were told to use a bird feeder, to observe the birds and try to identify them.

I had placed my feeder at the front of the house so it was convenient to see the visitors. Today was particularly noteworthy, as on the tree there was a small baby blue jay sitting on one of the branches. He wasn't making much noise and seemed as if he was waiting on his mother.

After around 6 hours the mother had still not come back, my neighbour and I had seen the mother flying around and even when the chick would call out, the mother wouldn’t come. We were afraid that if we left the baby bird out at night that the cats would get him. My neighbour had taken him off the branch and he didn't attempt to fly or call out to his mother. As soon as my neighbour took him down from the branch, we noticed something was wrong with his wing. It looked deformed and the bird kept continuing to hop. I was able to hold him and it was a surreal experience, we pet him and he was very calm. I noticed that under his fur the skin was a bit yellow. My neighbour decided to monitor him for the next few days.

We brought him inside and fed him some crushed peanuts. We named him Peanut due to how much he enjoyed them, my neighbour is a bird expert so she decided to keep him. We suspect he was abandoned due to his deformed right-wing, but the next few days shall tell.